We work hard to continue to provide you with the tools and knowledge needed to grow your business and make your life easier. This is why we are constantly looking for ways to enhance and further innovate the Showcase IDX WordPress plugin. One of the latest examples is the recent improvements to the notes feature on the lead profile pages.

These latest enhancements include:

Check it out on the Showcase IDX WordPress plugin today! 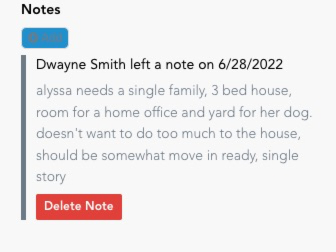 As recently mentioned, we have been working closely on a multiphase effort to enhance the featured sign-up and sign in forms on agent websites in a continued effort to increase lead conversion. We are confident that this effort will improve the already good conversion rates on websites powered by Showcase IDX, and is also an effort that we will continue to look at in both the short and long term.

We have completed Phase 2 of the sign up form CRO enhancements! In this second phase, we added a setting that allows agents to toggle the Social sign-up and login functionality off and on as desired. This also includes the ability to edit and customize the header and value text added in Phase 1.

Watch this quick video that demos these new settings!

A New Sign-up Form Designed to Improve Your Lead Conversion

We have been working closely with a CRO expert that spends millions of dollars a year on driving leads, specifically within real estate.

In partnership, their efforts and observations, combined with our own team’s thorough research, across other industries as well, have led us to apply these changes to the featured sign-up forms on agent websites in a continued effort to increase lead conversion. We are confident that this effort will improve the already good conversion rates on websites powered by Showcase IDX, and is also an effort that we will continue to look at in both the short and long term. This is a multiphase effort and we’ve just released Phase 1!

Here is an example:

This new version of the form is replacing the previous version. If you have applied custom CSS to your IDX to modify the previous form, that CSS is likely no longer needed and should be reviewed and/or deleted. 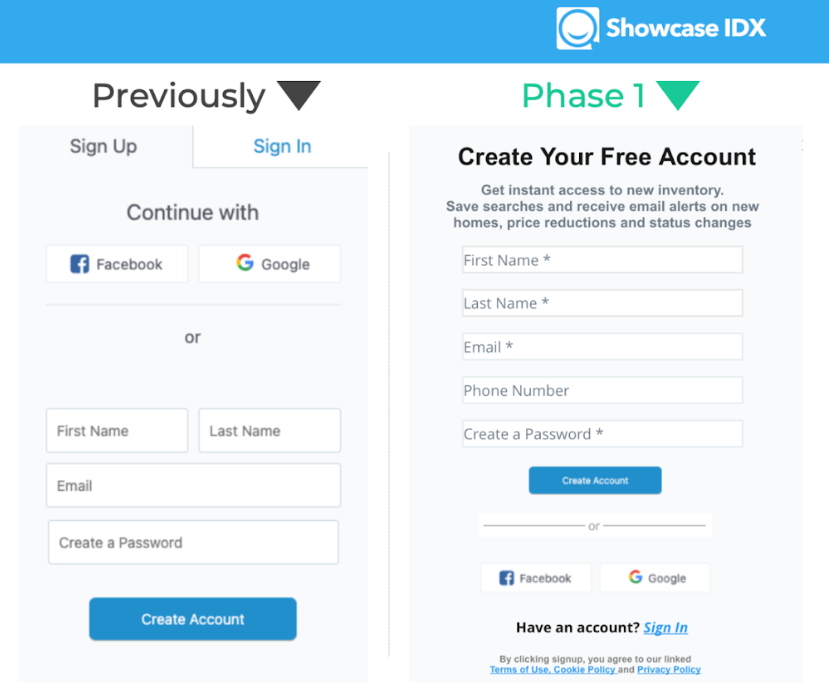 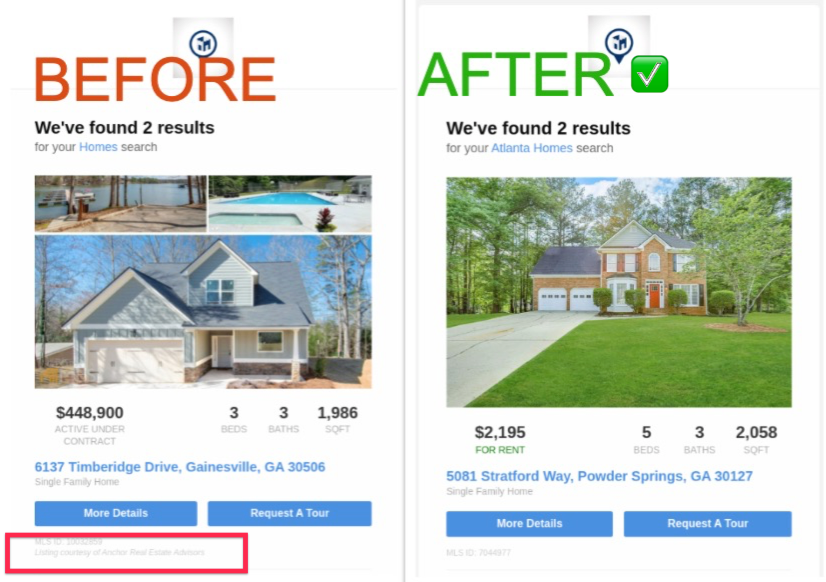 At Showcase IDX we know that having on-demand access to reliable and accurate data is critical for both your business and your customers. This is no easy task, as there are hundreds of MLSs, each with their own setup of compliances, and updates. Our dedicated data team remains hyper-focused on keeping up with the latest changes and compliances, so you can stay focused on what you do best. Here is a sample of some of the data updates and fixes we have addressed just over the last month:

The team also addressed a periodic issue where some streamlined amenity filters would not save when creating a search. Now all amenity filters saved in your search will remain.

Be sure to check back weekly for more updates as we continue to streamline and apply enhancements to the plugin!